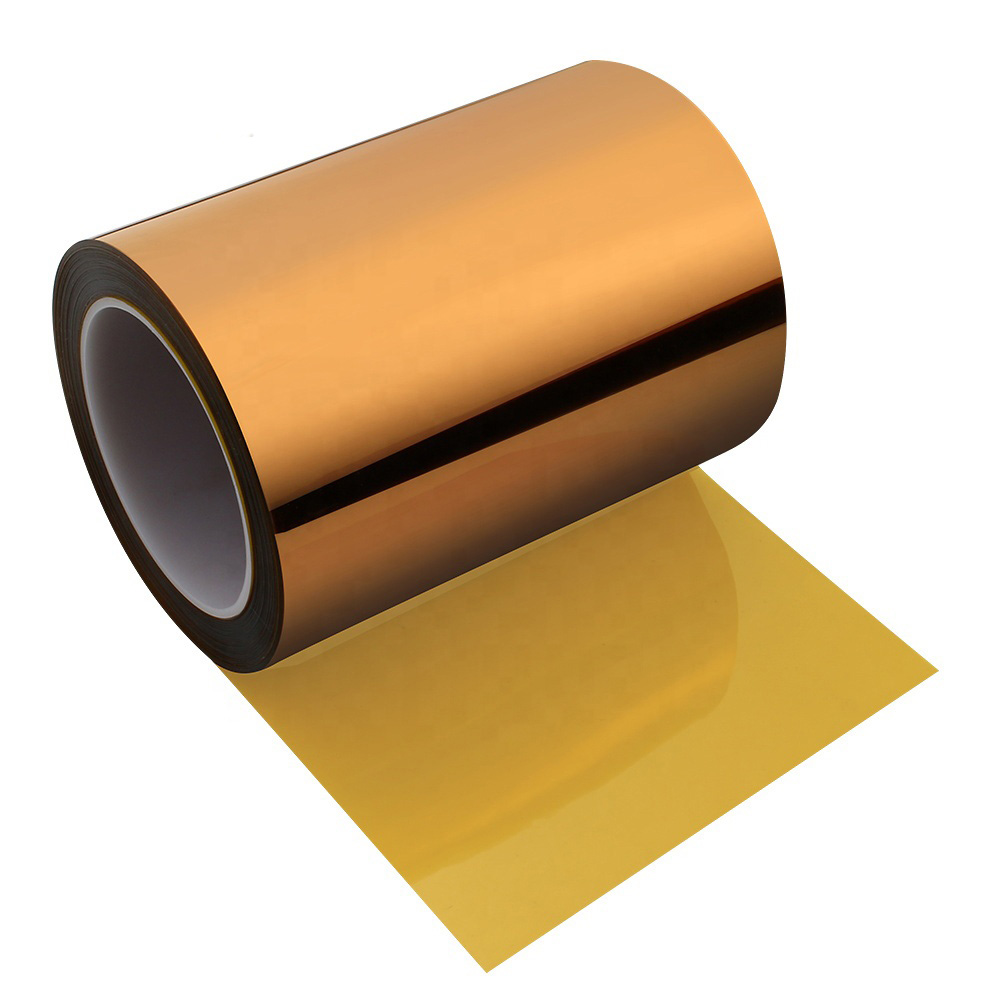 Polyimide film; PI film including two types of phenyl type polyimide film and biphenyl type polyimide film. The former is a product of DuPont of the United States under the trade name Kapton, which is made from pyromellitic anhydride and diaminodiphenyl ether. The latter is produced by Japan's Ube Industries Co., Ltd. under the trade name Upilex, and is made of biphenyl tetracarboxylic dianhydride and diphenyl ether diamine (R type) or m-phenylene diamine (S type).
The Chinese name is polyimide film, the foreign name is polyimide film; PI film is yellow and transparent, suitable for high-temperature electrical insulation materials .

Application
Film
Polyimide film is one of the earliest products of polyimide. It is used for slot insulation of motors and cable wrapping materials. The main products are DuPont Kapton, Ube Industries' Upilex series and Zhongyuan Apical. The transparent polyimide film can be used as a flexible solar cell base plate. IKAROS sails are made of polyimide films and fibers. Polyimide fibers can be used to filter hot gases, and polyimide yarns can separate dust and special chemicals from exhaust gas.
Coating: Used as insulating paint for magnet wire, or as high temperature resistant paint.
Advanced composite materials: used in aerospace, aircraft and rocket components. It is one of the most high temperature resistant structural materials. For example, the US supersonic passenger aircraft program designed a speed of 2.4M, a surface temperature of 177°C during flight, and a required service life of 60,000 hours. According to reports, 50% of the structural materials have been determined to be based on thermoplastic polyimide. The amount of carbon fiber reinforced composite materials for each aircraft is about 30t.
Fiber: The modulus of elasticity is second only to carbon fiber, used as a filter material for high-temperature media and radioactive materials and bulletproof and fireproof fabrics. Various polyimide products are produced in Changchun, China.
Foam plastic: used as heat-resistant and heat-insulating material.
Engineering plastics: There are thermosets and thermoplastics. Thermoplastics can be compression molded or injection molded or transfer molded. Mainly used for self-lubricating, sealing, insulating and structural materials. Guangcheng polyimide materials have begun to be applied to mechanical parts such as compressor rotors, piston rings and special pump seals.
Separation membrane: used for the separation of various gas pairs, such as hydrogen/nitrogen, nitrogen/oxygen, carbon dioxide/nitrogen or methane, to remove moisture from air hydrocarbon feed gas and alcohols. It can also be used as pervaporation membrane and ultrafiltration membrane. Due to its heat resistance and resistance to organic solvents, polyimide is of special importance in the separation of organic gases and liquids.

Components and semiconductors
Photoresist: Certain polyimides can also be used as photoresists. There are negative glue and positive glue, and the resolution can reach sub-micron level. It can be used in color filter film when combined with pigments or dyes, which can greatly simplify the processing procedures.
Application in microelectronic devices: as a dielectric layer for interlayer insulation, as a buffer layer to reduce stress and improve yield. As a protective layer, it can reduce the impact of the environment on the device, and it can also shield the a-particles, reducing or eliminating the soft error of the device. The semiconductor industry uses polyimide as a high-temperature adhesive. In the production of digital semiconductor materials and MEMS system chips, the polyimide layer has good mechanical ductility and tensile strength, which helps to improve the polyimide layer. And the adhesion between the polyimide layer and the metal layer deposited on it. The high temperature and chemical stability of polyimide play a role in isolating the metal layer from various external environments.
Orientation agent for liquid crystal display: Polyimide plays a very important role in TN-LCD, SHN-LCD, TFT-CD and future orientation agent materials for ferroelectric liquid crystal displays.
Electro-optical materials: used as passive or active waveguide materials, optical switch materials, etc., fluorine-containing polyimide is transparent in the communication wavelength range, and polyimide as the matrix of the chromophore can improve the stability of the material Sex.
Humidity-sensitive material: The principle of linear expansion by hygroscopicity can be used to make humidity sensors. . 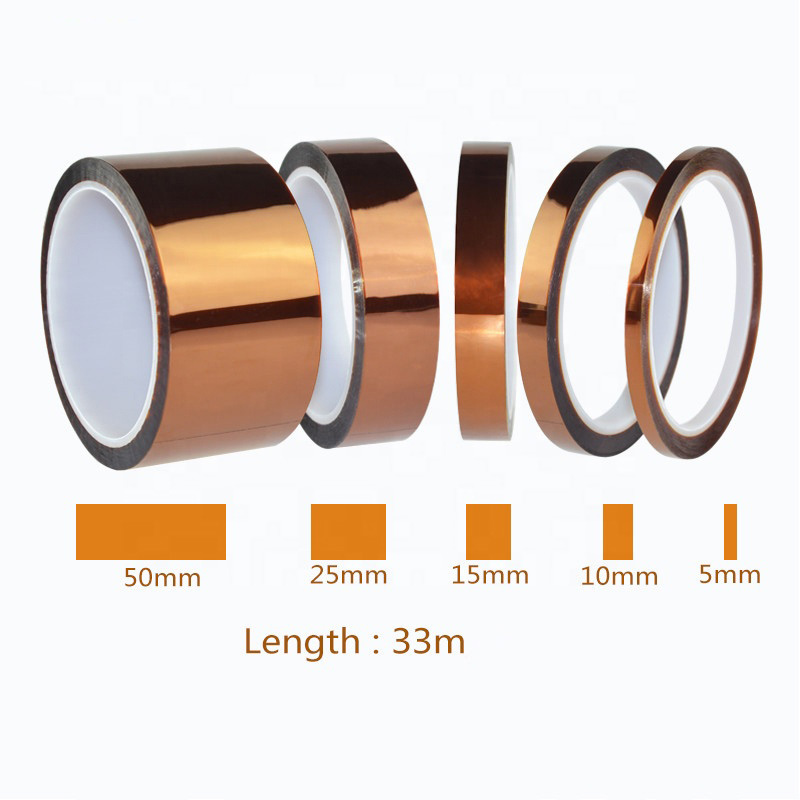 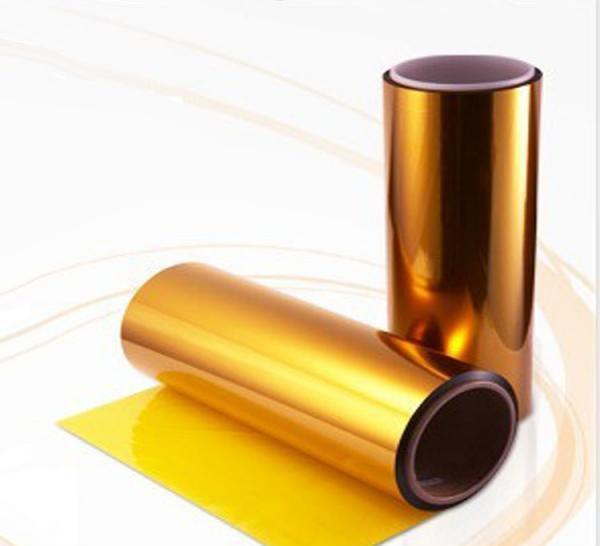 HONY®- Your Partner for manufacturing of products made of engineering plastics with CNC machining , We can be your reliable business partner, as we have been for a number of companies worldwide.